"SketchUV (UV texture tool)" is a texture plugin in SketchUp, developed by Mind Sight Studios. SketchUV is a very powerful texture processing tool. This plug-in was originally a paid commercial plug-in, and it is now free to use. When We was recording the "SketchUV (UV Texture Tool) Tutorial" , We was actually biased towards friends who like to eat fast food. Here We will write a topic where you can eat slowly.

UVW texture is a professional term in 3DMAX. UVW usually refers to the texture coordinates of the object.

That is to say, if you make a model and you want him to add a specific texture, you need to perform this UV unfolding operation.

The unfolding process is not clear in one sentence or two. There are similar industry standard references here. Find a tutorial for developing UVs. Basically, those are the contents. After the expansion, the points of each texture will be clear at a glance. Then edit this UV map in the PS software. What texture you set will show what texture the corresponding model will display.

SketchUp's ability to adjust the texture is still relatively poor, especially in the early version of SketchUp, even a spherical texture and a cylindrical texture have been engaged for a long time. Now the SketchUV tool can quickly solve this problem. Its toolbar has two icons. On the left is the "UV Map" tool, on the right is the "Path Selection" tool (above). If we click on the "UV Map" tool, the texture adjustment function is already activated. At this time, if we click on any face, a "context menu" will pop up (below).

Projecting a texture from a plane on the object is similar to projecting a slide to some extent. When you need to map the side of an object, planar projection is used. It is also used to map multiple sides obliquely, and to map two sides of symmetric objects.

Surround the object by projecting the map from the sphere. At the top and bottom of the sphere, you will see seams and texture singularities at the intersection of the bitmap edge and the sphere's poles. Spherical projection is used for objects whose basic shape is spherical.

Project the map from the cylinder and use it to wrap the object. The seams at the joints of the bitmap are visible, unless a seamless map is used. Cylindrical projection is used for objects whose basic shape is cylindrical.

Box can be understood as a box, that is, a cube. When we map on the cube, the coordinates inside will not be perfectly combined. At this time, Box can solve this problem. The following picture is a cuboid as an example, projecting the texture from the six sides of the cuboid. Each side projection is a flat map, and the effect on the surface depends on the surface normal.

Path mapping can solve the problem of road mapping, which is still very practical. For example, draw an arch, how to solve the texture on the arch? Using SketchUp's native texture tools is really cumbersome, and the results are not good. So just providing these practical tools, you will find that it is very close to the texture function of MAX.

The triangular face is a feature of SketchUp. When we use path mapping, we will find that there are some places where the mapping coordinates do not overlap. How to solve this? The object can be subdivided into a triangular face and solved instantly.

This feature is the most powerful feature of "SketchUV". Many SketchUp mapping tools do not have this feature. To use this function, you need to download and use the "Roadkill UV Tool" tool (this software is free, the installation method is the same as ordinary software), the entire operation is very simple, you do not need any foundation, because "Roadkill UV Tool" There are only a few icons in this tool, which can be learned in minutes.

Of course, these suggestions are best combined with the "SketchUV (UV mapping tool) tutorial" We recorded . Although this tutorial is biased towards "eating fast food", it is very realistic and can solve your problem.

More information about the SketchUV is available in their web site at extensions.sketchup.com 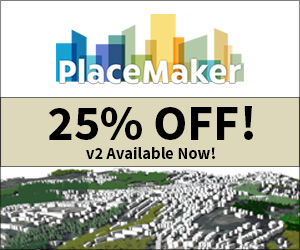